FREE UK Standard Delivery when you spend £50 or more 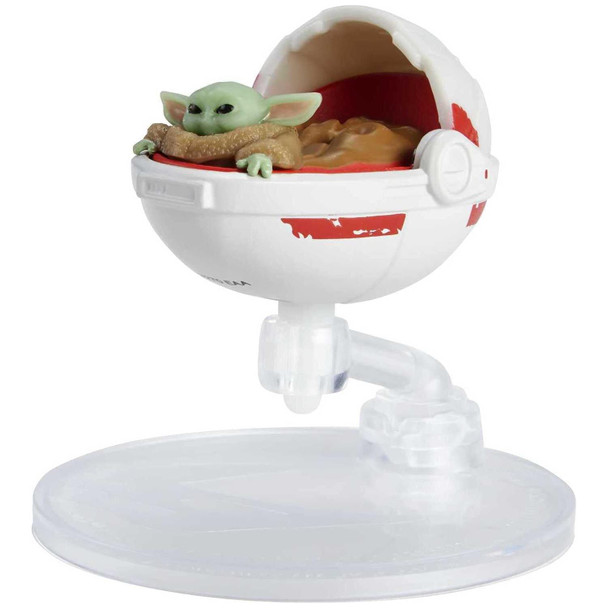 Two of the most iconic brands in adventure -- Hot Wheels and Star Wars -- have formed an alliance! Launch into hyperdrive with premium replica Starships from the Star Wars universe, brought to you by Hot Wheels. Kids will love recreating some of the galaxy's most epic battles and fiercest showdowns with a variety of detailed die-cast starships to choose from. Attach the flight stand (included) to display alone or as part of a Starship collection. (Each sold separately.)

New for 2021 is the Hover Pram™ that carries The Child™ named Grogu, complete with a figurine of The Child™ riding inside of it.

Not for use with some Hot Wheels sets. Colours and decorations may vary.
Please note that stock photography from the manufacturer has been used in this listing.
Warning: Choking Hazard - Small parts may be generated. Not for children under 3 years.

RRP:
Now: £3.49
Was:
The Hot Wheels® Police Series features authentic police car decos from around the world. Collect all 5 in the series! (Each sold separately.) Authentically styled Volkswagen Golf Mk7 with a...